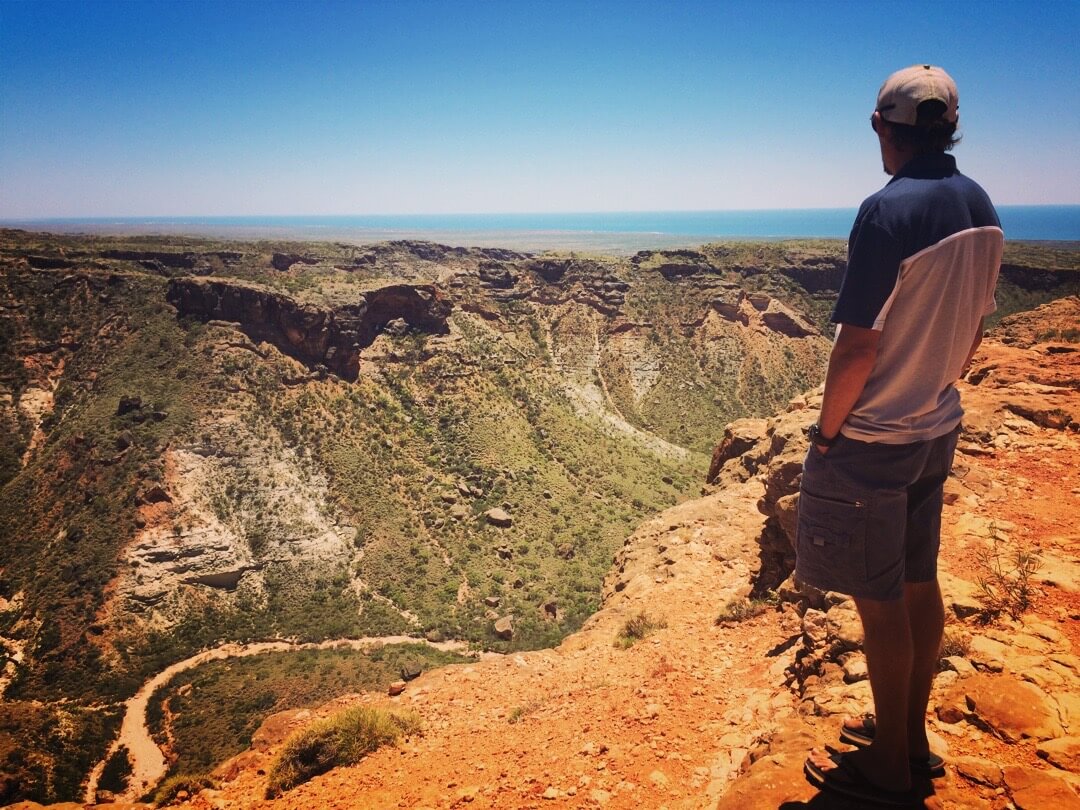 Cape Range and Ningaloo Reef, near Exmouth, is located on the North West coast of Western Australia. Exmouth is a small community surrounded by remote snorkelling locations and stunning beaches. Explore where the Range meets the Reef, discover some of the best snorkelling spots in Australia and hike ancient gorges containing fossils!

The coral reef is the longest near shore reef in the world, making the Ningaloo Reef accessible without a boat trip.

The waters around the Ningaloo Reef support over 500 fish species, 300 coral species, 600 molluscs species and many other marine invertebrates, the area is unique and alive.

Exmouth’s 2,500 population swells to around 6,ooo people visiting during the busiest times of year, in the winter months. This is compared to the Great Barrier Reef, which has over a whopping 2 million people visiting each year! This makes Exmouth a little known, hidden holiday gem!

With reef just a few meters off the shores edge, there’s plenty of spots to snorkel along the Cape. Both sides of the Exmouth Cape Range offer ideal snorkelling locations to suit all abilities and ages. Here’s a list of the top 5 spots to snorkel…

Exmouth has an amazing amount of life living in the ocean, however it also boasts a diverse eco system in the dry gorges. The Cape Range National Park occupies the western side of the North West Cape peninsula over an area of 47,655 hectares.

The range has had gorges carved out by much wetter rainfall systems that occurred over 2.5 million years ago. Today the gorges only have water during the heavy rains that mostly occur when a cyclone crosses the area. Cyclones occur in Exmouth on an average of every four years, mostly during the months from October to March.

Cape Range offers visitors another area to explore while on holiday and there’s a few walking tracks and lookouts. The tracks range in difficulty to suit all ages and abilities. Vlamingh Head Lighthouse is a ‘drive to’ lookout, where as Mandu Mandu is a 3km walking track, both spots are popular to do during the morning or early evening.

Here’s a list of the top 6 lookouts and hiking tracks in Exmouth.

All of our Exmouth Holiday Homes are air-conditioned and comfortable during the warmer months, with many of our homes having pools! Make the most of summer and enjoy watching a West Australian sunset over Cape Range from our Fern holiday home.